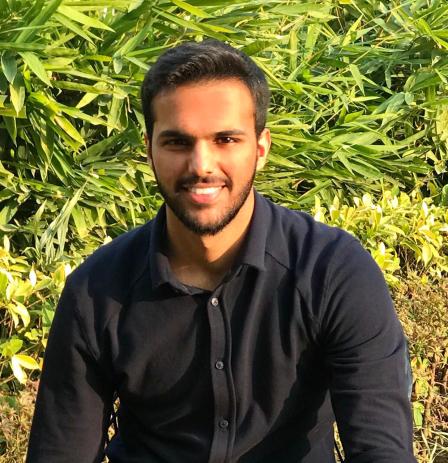 As you might have guessed, I am a mechanics and technology enthusiast. After three fulfilling years, I happily find myself running the anchor leg of my Computer Engineering degree at Purdue University. I’ve had a keen interest in engineering and design in general, but developed a passion for computer programming and design when I took a software development course at my alma mater, The Doon School, India; I was convinced that this was the field for me.

Since then, I’ve had the opportunity to work with an array of programming languages ranging from Assembly to SQL. My interest lies in the areas of object-oriented programming and embedded system design. When my friends explained the concept and goal of Micronote - we design, build, and program electronics to help enthusiasts learn – I eagerly joined hands with them. I contribute to the progress of our team through my ideas about product features and design, C, C++ and Python skills, and knowledge of Computer Architecture.

Outside the scope of Micronote, I have enjoyed working on personal projects and as a part of clubs. As it might be interesting for aspiring developers like me, some of my engineering-related experiences follow. For the sake of smooth transition, I’ll go in order of increasing interaction with hardware.

Over my first summer in college, I designed and launched an Android app called Ctrl+Money that would help students keep track of their finances and remind them if they exceeded their expected expenditure. The whole idea of designing an app was to learn Android Development and database querying using SQL, but since I was going to be putting in the hours, I thought I should design something useful.

One of the high-level programming projects that I enjoyed a great deal was designing a tool for morphing images using Python and the Qt framework. This allowed the user to morph two images of the same resolution and also generate a video showing the various degrees of morphing.

In freshman year, I joined an organization called Purdue Orbital that focuses on aeronautics and avionics. I worked on designing and programming the embedded electronics for the Ariel Rocket Launch Platform using Arduino, Micropython and Raspberry Pi development boards. This experience gave me a fair understanding of embedded electronics.

Another project that I found very interesting was designing an audio sequencer, which I named BitBox. This was designed using the ARM Cortex M0 processor and programmed using assembly and embedded C. The end result was a 3D printed casing which housed an LED matrix for viewing the GUI, a joystick for controlling the mouse/pointer, and a speaker for listening to the soundtrack generated.

My most recent and probably most complex project has been designing an ASIC using SystemVerilog. This ASIC was a transceiver for the USB 1.1 protocol. Although it was a lot of effort, it gave me a detailed understanding of the way circuits are designed and printed on microchips. I loved being able to design complex circuits and view their physical and diagrammatic representations.

Other than clubs and projects, I had the opportunity to intern twice with ASML, a lithography system manufacturing company based in Veldhoven, Netherlands. I worked at their San Diego office on software development for the EUV (extreme ultraviolet) light source. My responsibilities entailed using C, C++ and Python as well as learning and using many ASML indigenous tools.

These rewarding experiences motivated me to facilitate technical learning. Hence, I love to work with my team at Micronote to design products that allow the users to learn in a fun-filled, hands-on manner.